In 2013, the United Nations (UNESCO) approved Washoku as a world intangible heritage. Because It was described as "social customs regarding food that embody the spirit of "respect for nature" held by the Japanese people," rather than a specific cooking method or a specific menu.  The most common definition of Japanese cuisine are first, utilizing diverse, seasonal fresh ingredients. Secondly, a well-balanced, healthy diet throughout the course of meal.  (UNESCO HP)Third, a well executed expression of natural beauty which can seem like a sort of art, however at most times being edible.  Lastly, specific menus coinciding with annual events or festivals.

The word “Washoku” basically means Food of Japan, consisting many variants of Japanese foods.  Including many that people nowadays are familiar with; Tempura, Kaiseki, Shojin, Soba, and Sushi.

Sushi is usually the most well known “Washoku” in the U.S.A., where there are no shopping malls without sushi bars. Also, the U.S.A. alone is considered to consume 1/3 of Japanese food made in the whole world. Therefore, we all should wonder, how did sushi became popular?  In order to fully understand and realize the many reasons how Sushi became popular, we will look into health, media and the social impact.

First, Californians were preoccupied with a health trend,  showing deep interest in the healthy eating habits. This occurs in the following context, In the 1960s, a West Coast movement was led by Alice Waters. She suggested to avoid eating food consisting food additives, and instead to eat fresh and simple food.  Also, the American government released McGovern Report in 1977, which included all nations that reported a relation between eating habits and chronic diseases. This report showed citizens of the United State of America that eating healthy, would less likely lead to chronic diseases such as heart attacks.  Furthermore, “Healthy-eating boosters like the California Dietetic Association promoted sushi as a high-protein source of two food groups.” (Issenberg, 2007, p97,14) “In the report, it recommended American individuals’ diet to include vegetables, grains and fish. “(Ujida, 2008, p193-9) In this case, the most ideal cuisine was traditional Japanese foods. As a result, for the first time, American’s recognized that eating Japanese food such as sushi, was healthy and also low in overall fat content per meal.

Second, popularity of sushi was spread by the media. It became popular for not only wealthy Americans but also to the general Americans. For example, In 1966, “the Los Angels Times recommended sushi to amaze your gourmet guests!”(Issenberg, 2007, p96,1) This suggests that Sushi was began as a fashionable food, or a luxury in order to  surprise others.  Later that we know, sushi will also become a healthy food option as well.  Incidentally, the Los Angels Time was ranked fourth in United Stats for news. In addition, sushi was appearing in the movies. For example, the well known teen movie in 1985 the “Breakfast Club”.  Moreover, sushi was also a topic used in the famous comedic TV show “Saturday Night Live” in 1987. (Bestor,2000) In conclusion, News paper, movies and TV shows widely disseminated sushi.

Third, the social impact of sushi was developed by other asian influences.  Because of the economy crisis in Japan during the 1980`s and the 90’s, the Japanese business owners of these sushi restaurant were closed down.  While the Japanese owners closed these shops, the Chinese and the Koreans saw this as an opportunity to inherit or start their own sushi restaurants.  For example, Nimatsu says, after Japanese business owners left the US, Chinese or Korean business owners took their place. They hired Japanese workers, and built new menus. Furthermore, these new shops adapted to the American style, and branched out to fast food - like restaurants. Therefore, the Americans felt more comfortable to try this newly influenced cuisine.

However, health, media, and social influences are not the only reasons why sushi became a popular food consumed in a daily basis.  The talented and also innovated sushi chefs also played an immense part in making this type of cuisine so popular to Americans today.  For example, in the 1960’s, the chefs in Los Angeles invented the roll that is known to anyone who has eaten American style Sushi today. The California Roll.  This roll consists of local avocados paired with crab meat known as, “Kani-Kama.”  Crab meat, as a substitute of hard-to-find fresh tuna during that time. However, the true innovation came when some unknown chef decided to roll the seaweed inside out.  By rolling it this way, the seaweed, which was foreign to the people in the U.S.A., would be hidden and covered with rice.  This made the first impression of sushi rolls to become more appetizing.  By the 1980’s, chefs pioneered to more variety of flavors in sushi.  Sushi was considered simple.  With basic soy sauce flavors.  However in order to give variety in flavor for new challenging customers, spicy flavoring was added.  Spicy Tuna roll was invented by adding “Sriracha” sauce which was produce also in California. This resulted a more American style sushi.  These innovations and additions to traditional Japanese cuisine transformed sushi into more suitable American style sushi which included local ingredients grown and produced in the United States of America.

This essay has demonstrated that the factors behind the popularity of sushi in the United States were, health, media, and social influence and the challenges the chefs faced and evolved. Of course, other factors did play a role of course.  Some examples include, Politics, Technology and economy. However, health, media and social influence were more impacted because these factors had close connection with our daily life than other factors. While the popularity of sushi is increasing, we have to remember that when we broaden our horizon to other cultures and diet, we can influence our own, but also find new positive impacts in our daily lives.  By taking in these unfamiliar food, we may tweak it to make it our own, and create a new culture and a new diet that can become our daily lives. In conclusion, cultural cuisine can fuse that country’s testes, and become very close, globally.

Issemburg, Sarah.(2007). The Sushi Economy: Globalization and the Making of a Modern 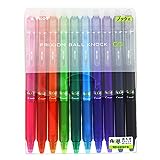